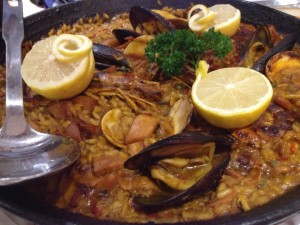 Picasso stared at me from the wall. Well, not Picasso, but his paintings. Fake ones. Probably mass-produced in a factory and sold to places like this. Bruno Mars was blasting out the speakers, singing about running away, which was a little tempting. After an absolutely delicious meal at Spanish restaurant Casa 700 for a friend’s birthday (seafood tapas, yumm), the decision was made to go to Chinese KTV. Karaoke. “Only for a little bit”. After a 5 minute walk, we found a building. Not difficult, seeing as there’s a KTV club at every street corner in Shanghai. My only previous experience with karaoke was going to the pub with Rag when my friend Sophie (who also blogs, check it out!) wanted to sing. Or singing loudly in the living room when getting ready to go out, before being told to stop ruining the song (my singing voice is notoriously horrible). It’s safe to say that Chinese KTV couldn’t be more different.

Downstairs at a huge counter, we paid up front for an hour of karaoke. We got led to their version of a gift shop, where they sell Halloween masks, funny glasses, and of course: alcohol. After the purchases were made, it was time. We walked down a corridor lined with doors from which snippets of badly sung songs escaped whenever one was opened. We opened ours. A disco ball was reflecting light onto a large (and very comfortable) couch that took up the far side of the room, facing a massive flat-screen TV, with speakers already blasting out music hanging from the wall. It was spacious yet cozy. 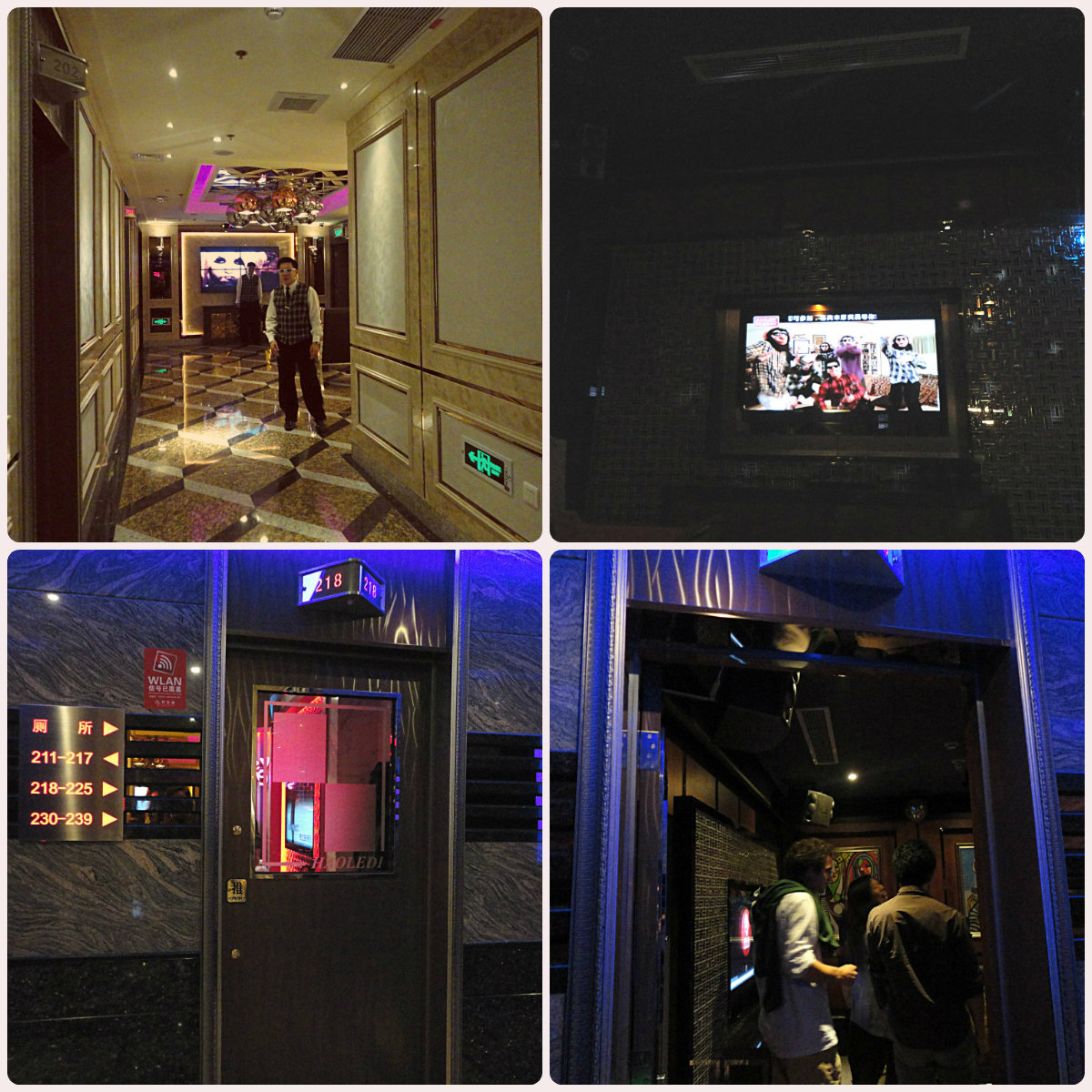 KTV is much more high-tech than I imagined. There are literally thousands of songs to choose from in the database, including over 600 English songs. Two little panels on the wall allow you to skip songs, control noise levels, and shut someones microphone off (very handy), along with other options I, of course, didn’t understand. We sang and danced for an hour and a half until our pre-paid time was up. I used to shudder at the thought of doing karaoke, but now I can’t wait to go back again!