So I’ve put off blogging about the rest of our travels through Yunnan. I started with our sleeper train experience. Even managed to post about Dali. Now it’s Xishuangbanna’s turn. Xishuangbanna is in southern Yunnan, and borders Myanmar, Laos and Vietnam. Apparently, it’s known for its elephants. We tried to trick our other flatmate into thinking they walk wildly along the streets. Didn’t quite work. Bad joke. Oh well.

Upon our arrival in Dali, the woman at the train station assured us that our planned trip from Dali to Xishuangbanna would be a pleasant and relatively short 13-hour journey on a comfortable sleeper-bus. She was wrong. Sure, we had beds. But no, they were not comfortable. After 20+ hours (I wish I was exaggerating) lying down on a bus with a driver going at impressive speeds along windy roads that hugged mountains, and what I’m pretty sure was a cargo of illegal chickens in its hold, we finally arrived in Jinhong, Xishuangbanna’s capital. 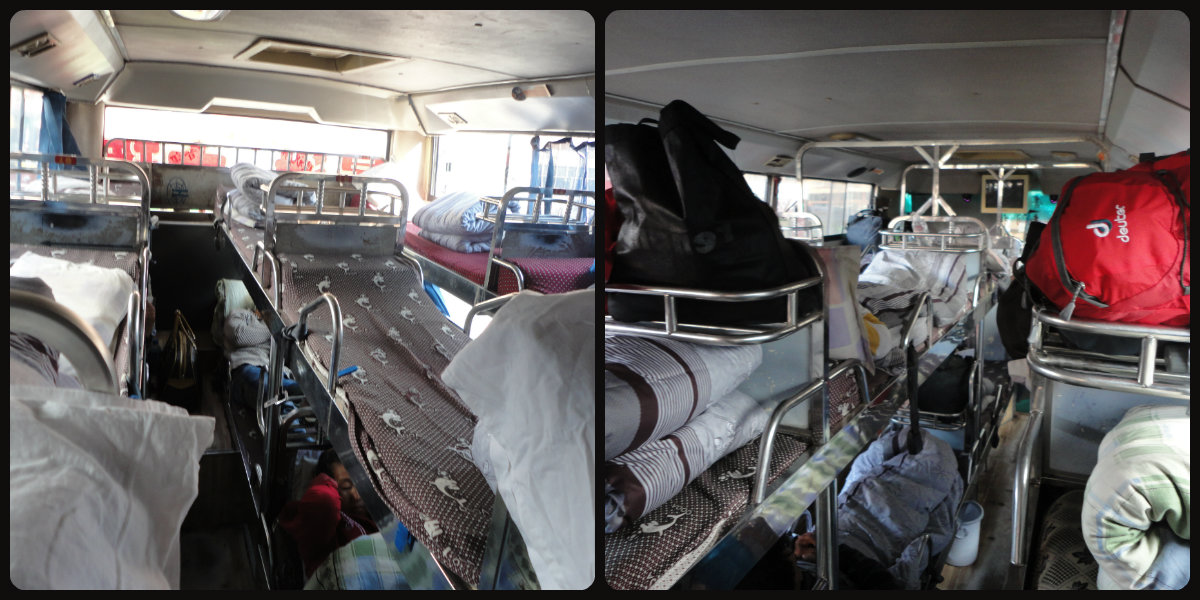 It felt like we’d been transported into another world. Or at least across the border into Southeast Asia. There were Chinese characters everywhere, but these were paired with (what I’m assuming are) Burmese and Thai scribbles, the weather was hot and sticky, elephant statues lined the streets, and even the people looked different. It was 1am and we hadn’t booked a place to sleep, but a self-appointed ‘friend’ and tour-guide from our bus helped us flag down a cab and find the place hostelworld had listed before heading home. We were in luck. The room had a Western toilet and there was hot water to shower with.

The air is hot, sticky, humid, and at its worst between 3 and 5 in the afternoon, feeling like a huge oppressive blanket, draped around the city. But it’s not as bad as it sounds: apart from these 2 hours, Xishuangbanna has the perfect weather for shorts and dresses in March, a welcome change after the (somewhat) cold winter in Shanghai. 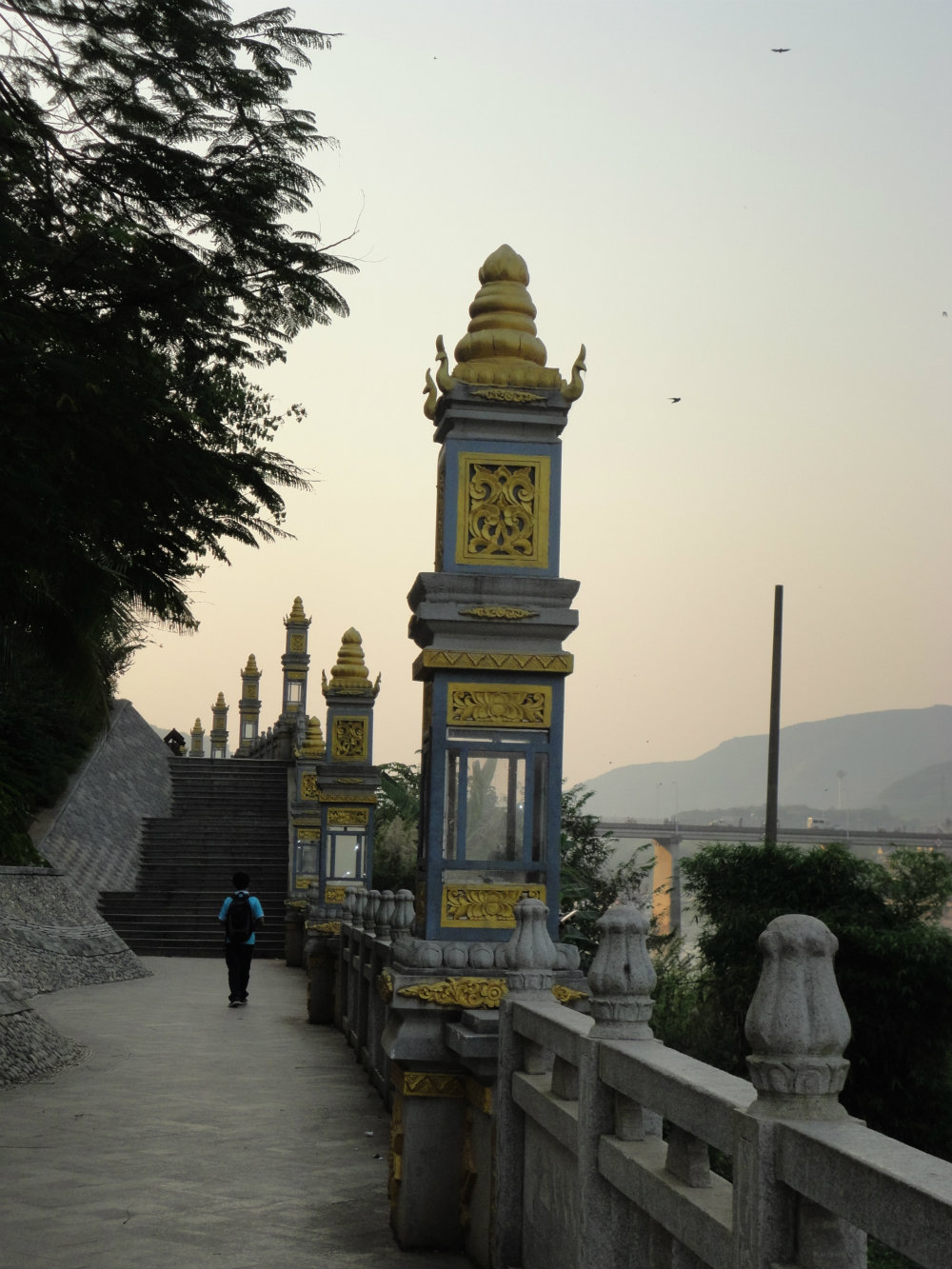 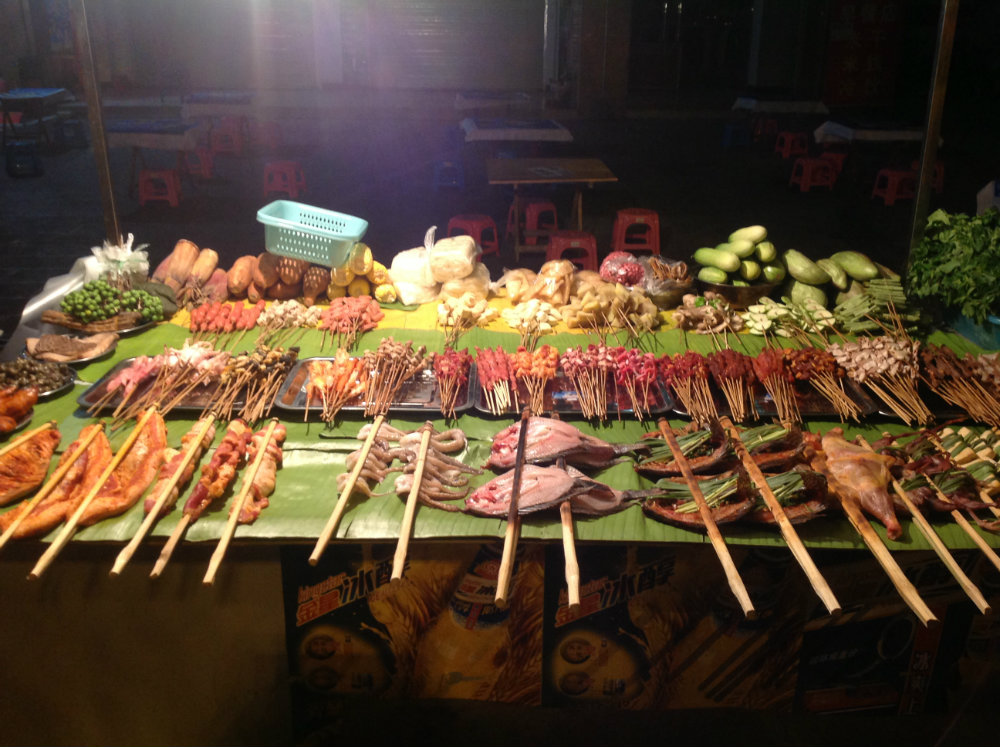 Jinhong is the perfect place to start when traveling around Xishuangbanna. Seeing as we hadn’t planned the remainder of our travels, we spent a day looking through the travel guides stacked on the shelves of the numerous Western cafés that have sprung up since southern Yunnan has become a popular tourist destination, and gateway to Southeast Asia. We were advised that a 2-3 day trip away to some of the surrounding villages was the best way to explore Xishuangbanna, but we didn’t really have enough time for this and so did two little day trips.

Due to a recommendation from the Lonely Planet, we headed south to Damenlong first, a village close to the border of Myanmar. Damenlong has two main sights: a white pagoda and a “black pagoda”. The black pagoda, however, has, like so many sights in China, undergone renovations and is now a kitschy gold. Although we enjoyed the sights, it’s safe to say that if I ever have a friend traveling through Xishuangbanna, I would not recommend Damenlong as a must-see village, simply because there is not much to do or see in the tiny border town. 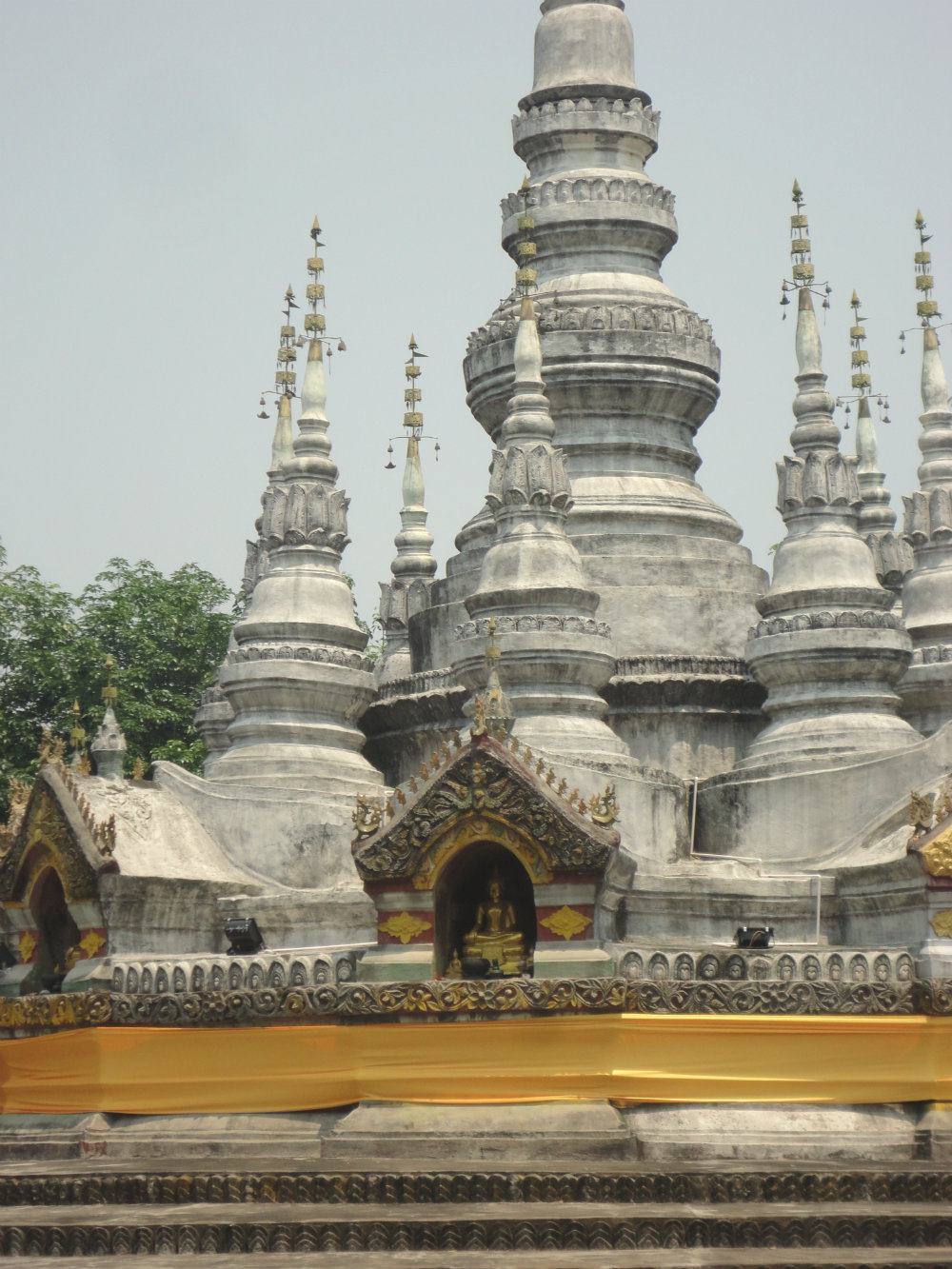 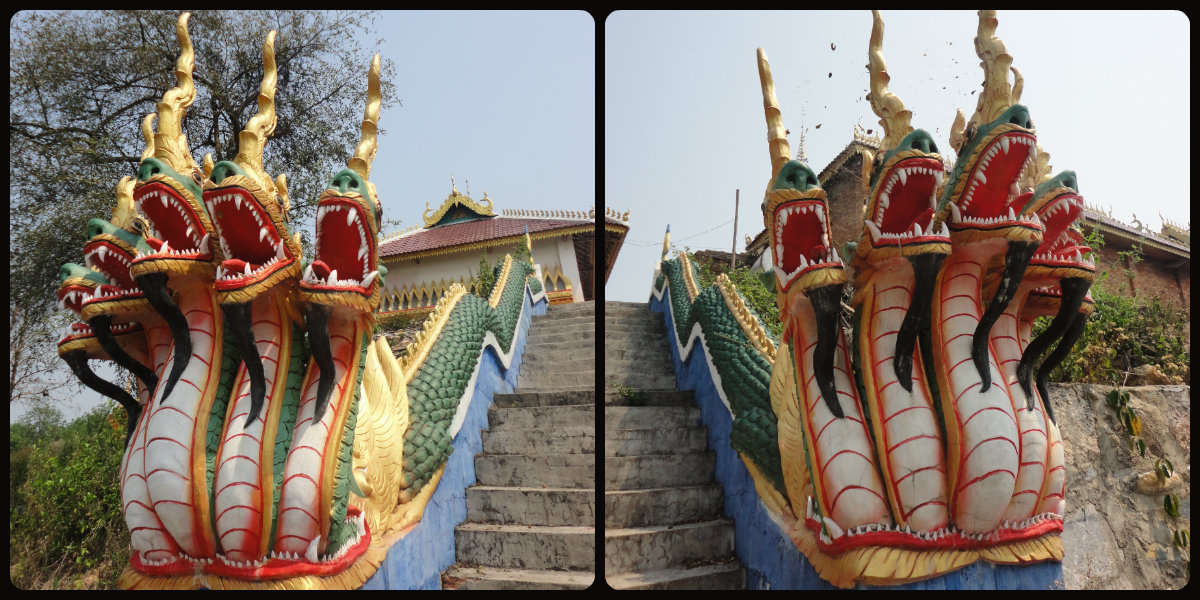 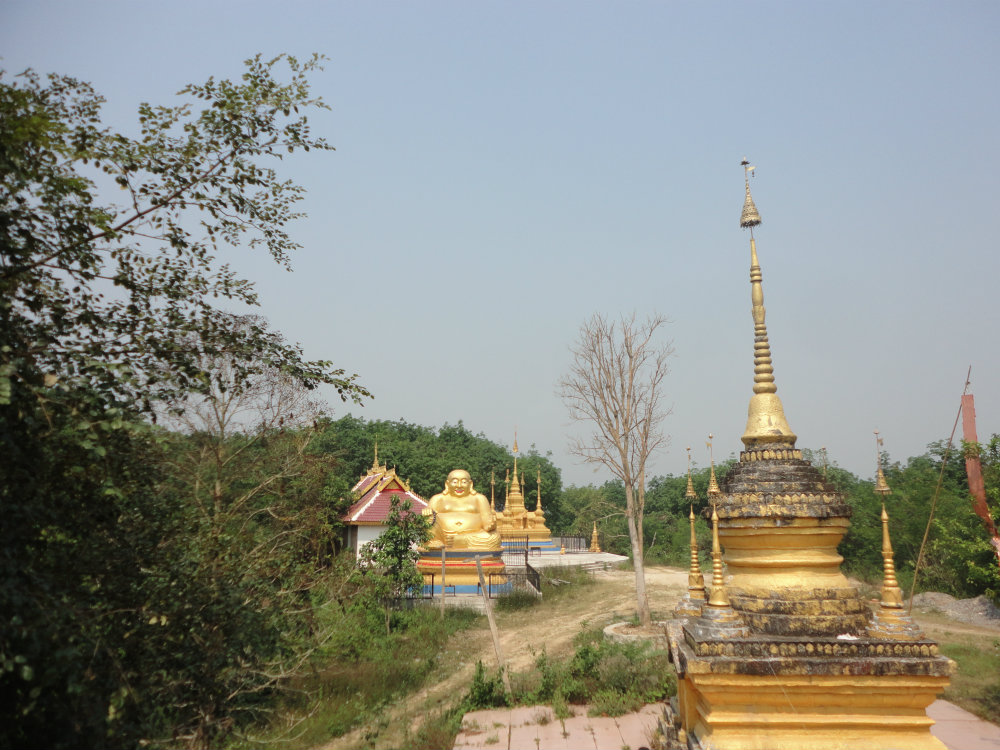 The next day, we grabbed the bus West to Nanuoshan, a town surrounded by tea-fields. A car pulled up next to us on the way down from our 7km hike up a mountain. The driver and his two friends were also heading back to Jinhong and offered us a ride. We took it. Before heading back, our new friend pulled over in one of the tea “houses” in one of the many villages on the mountain to let us try locally cultivated Pu’er tea. Sadly, I didn’t take any pictures. I can tell you, however, that it was a good experience.

Apart from Damenlong and Nanuoshan, we just spent a lot of time wandering around Jinhong (when it wasn’t too hot) and planning the rest of our week. Next up? Yuanyang, famous for its rice terraces!